After over three hundred years of defining a strain only by which type of plant it is derived from – Cannabis Sativa or Cannabis Indica – the weed strain evolution started in earnest in the sixties with the introduction of hybrid strains.

As the marijuana industry grows, so too do weed growing techniques and technology and the infinitely complex strains they produce. When it comes to the evolution of weed strains – we still have so much more to come.

Due to the widespread criminalization of marijuana across the globe, and the complicated relationship the marijuana industry has with the law in places where it is ‘legal’, we still don’t have a truly user-friendly system for defining and categorizing weed strains. Admittedly, advances in measuring THC and CBD levels do help, but the evolution of weed strains and their complexities demands a far more advanced system of taxonomy.

With people from all walks of life enjoying and feeling the benefits of weed, and more and more countries committing to its decriminalization as time goes on, a more comprehensive and accurate system will surely follow.

What Are Landrace Strains? 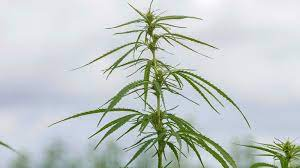 Hybrid strains were only introduced once growers began to cross-breed landrace strains.
Initially, it was for ease of growth and cultivation of marijuana in the USA, where high demand was at the mercy of the lengthy flowering cycle of pure Sativa strains. The solution for this was to crossbreed Sativa strains with the relatively quick flowering Indica strain. Hybrid strains were the perfect solution, and not only did they benefit growers, but cross-breeding strains also created wonderful variations for the weed user. It was here that the more outlandish strain names like Miracle Alien Cookies and Alaskan Thunder Fuck started to appear, with the grower afforded naming rights.

With so much variety available, it is of great importance that strains don’t completely disappear over time. For this weed, users can be grateful for seed banks. It’s through the passion of diligence of the maintainers of these banks, that we still have access to legendary landrace strains such as Lamb’s Bread and Acapulco Gold, as well as the wealth of hybrids, new, old and ever-growing.

What is for certain is that with advancement in weed growing techniques, combined with the unwavering passion of growers the world over, weed strain evolution is still in its very infancy – and that is incredibly exciting for weed users everywhere.